How to Have a Holly Jolly Christmas 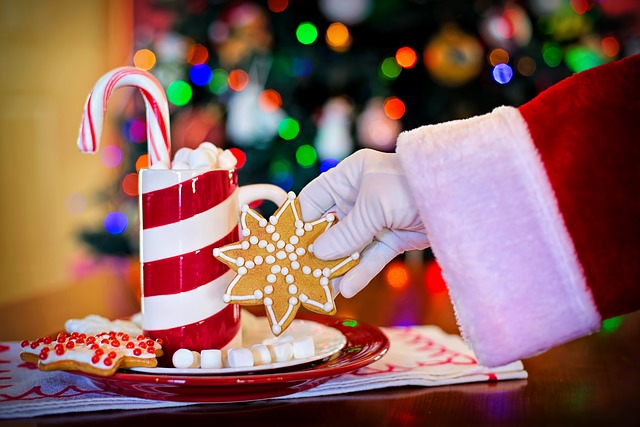 How to Have a Holly Jolly Christmas

It’s the most wonderful time of the year… and the most stressful. If you want to have a holly jolly Christmas read on! I’ll use “Christmas With the Kranks” to show you the dos and don’t of holiday magic.

Christmas with the Kranks starts six weeks before Christmas. Blair, Luther and Nora’s daughter, is leaving for the Peace Corps. They are not expecting to their daughter again for a year. To deal with the idea of their first childless Christmas in over twenty years, Luther suggests they boycott Christmas and spend the money on a luxury cruise instead.

Nora agrees, but the neighbors and Luther’s co-workers do not. They feel rejected and pressure the Kranks to put up their decorations, host their party, give gifts, receive gifts, and engage in all the holiday joy and madness.

The Kranks refuse and prepare for their cruise.

Then they get a call from their daughter saying she’s coming home for Christmas with her fiance`. She wants him to experience all the Christmas wonder that she did growing up, but the Kranks haven’t done a thing. There is no Christmas tree, no party, no decorations, no food, and they’ve alienated their neighbors and friends.

I won’t spoil the ending for you. I can still discuss what the Kranks did right and wrong to have a holly jolly Christmas.

Conform. The Kranks were treated like pariahs for not conforming to other people’s expectations. If you don’t want to do something for any reason, don’t. You don’t owe anyone an explanation. Going against your values will only make you miserable. Giving other people peace may not be worth your own.

Equivocate. Norma went back and forth between what she wanted. Her indecisiveness brought her husband and herself a lot of avoidable stress. Know what you want and stick to your guns.

Overcommit. When Norma assured her daughter that everything would be as she remembered it, she way overcommitted. There was no way that she could pull together everything that normally takes the whole season in a single day.

Rush Around. Overcommitting leads to rushing around. When we’re rushing around, we’re not in a mindset of relaxing and enjoying the magic that the season brings. We may create a nice time for everyone else, but you deserve a joyous holiday, too.

Overspend. Both Norma and Luther spent more than they would have had they planned their purchases and shopped earlier. Instead they spent money on things that were not what they wanted and were of low quality. That’s always a huge downer.

The Kranks didn’t get it all wrong. They did some things right to create a holly jolly Christmas. Here are the ones that I spot. If you have others, include them in the comments.

Delegate. When it came down to crunch time, the Kranks delegated responsibility to others who were willing to help. This meant they didn’t have to do everything themselves.

Include Strangers. Safety first! We shouldn’t include all strangers in every event, but Christmas is a time for sharing. Norma invited a stranger over for her party, and it turned out to be the right call. Love multiplies when you give it away.

Be Generous. The Kranks had a nice Christmas. Luther’s generosity made it possible for his neighbors to have a memorable Christmas, too.

Belong. The Kranks were able to have a holly jolly Christmas because they belonged to each other, their neighbors, their workplace, and the community. They were connected. Holy days are not about presents. Without warm, shared experiences, they aren’t particularly meaningful at all. So belong.

Life’s relational. A happy life is one that balances our needs with the needs of others. When we give away too much, we’re unhappy. If we don’t receive enough, we feel empty, left out, forgotten, or judged. It’s up to you to create that balance. So, learn from the Kranks and have a holly jolly Christmas this year!