How To Express Anger in Healthy Ways 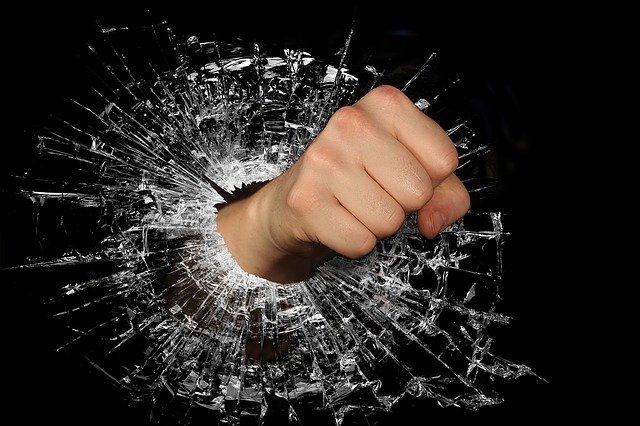 Let’s face it. Everybody gets angry sometimes. It’s not a “bad” thing. It’s a natural thing that alerts us when we feel our boundaries are being violated, we’re not being seen or heard, or we sense that things are not fair. It’s the juice that spurs us to action so we can make things right. When we express anger in healthy ways, it helps us to reach that goal.

The problem is, anger has a bad rap. So many of us think that being angry is a sign that we’re “bad” or out of control. Or maybe we’re afraid to be angry because it will make other people not like us.

Anger isn’t the problem. Emotions are normal. However, the way that we express anger could be problematic. If our parents were explosive, we may have learned poor ways to express anger. If our parents were passive or not demonstrative, we may not have any examples of what healthy anger looks like. So let’s look at what anger looks like. Maybe you’re not even aware that you are angry.

How Do I Know That I’m Angry?

The tell tale signs of what you are feeling are in the body. Anger shows up often in the head with racing thoughts, pain, and a clenched jaw or muscles. Your head may feel hot like your blood is rushing. Your face may be red, too. Muscles all over your body may clench, especially the hands. Pay attention to your hands. Are your palms sweaty? Are they shaking or clenched? Are you feeling a bit dizzy? Do you have tunnel vision and can only see the thing that is triggering you?

Once you are aware that you are angry, you can mindfully choose your next step.

It’s really hard to act effectively when you’re in a state of anger, so unless you’re in a dangerous situation where you need to use your anger to protect yourself, take a time out. If you’re with someone else, excuse yourself by saying something like, “I need a moment to process. I’ll get back with you.” or “Let’s talk about this later.”

Once you are alone, tune into your body. Lots of people will go for a walk or practice deep breathing. These will calm you down, but they may be simply distractions. Distracting yourself from your feelings is not the same thing as feeling your feelings. Feeling your feelings is when you tune in. Notice what is there. What sensations, temperatures, colors, energy, the size of the feeling, the sounds (if there are any), and the textures. Maybe it’s something that feels like it’s always there lurking in the background. Everything wants to be seen and heard. Give your anger the attention that it deserves.

Engaging in this process may uncover other feelings like hurt, sadness, grief, fear, or longing. Anger is almost always covering something else up. When you find that, you will be in a place to move forward from a space of honesty.

Get Clear on What Happened and What You Want

Now it’s time to think. If you think before you feel, your thoughts will likely lead you in the wrong direction, so always do it in this order.

It’s tempting to go into a space of focusing outward, but if you want to be effective, focus on yourself. What did you do to contribute to the situation? Were you too vulnerable for a productive conversation? (Hungry, angry, lonely, tired, stressed, or bored?) Were you not speaking up for yourself? Did you not communicate clearly? Take ownership of that first. That will further diffuse the situation and put things on a more level playing field.

Now open your mind and get curious about what you want. How were your needs not being met? What would make it better?

Also get curious about the other person’s perspective. Could there be an intention that you didn’t consider? Could he have been in a vulnerable space too? If you aren’t sure, ask. Be open to hearing the answer.

If you’re angry with another person, talk it out when you are calm. Be concrete. Stick to your own experiences. Instead of saying, “You did this!” Say, “When (this happened), I felt (this). I would like (this).” For example, “When the lockdown happened, I felt like I never got to see you anymore. I really want to feel connected to you again. Can we find a way to make that happen?” or “When you don’t call to let me know that you’re late, I feel unimportant. I know it’s a small thing that doesn’t mean the same thing to you, but this reassurance is important to me. Can you keep me in the loop in the future?”

If you are angry about a situation, like something that happened at work, politics, or social issues, talk it out with someone who is willing to listen. Don’t talk at people. Make sure the listener wants to listen and is in space to do so. Be clear on what you want from that person. Do you want advice? Do you want to vent? Being heard goes a long way in helping you to diffuse your anger and move to a space where you can either do something productive to address the issue or let it go.

When the other person is expressing their side of the problem, listen. Relationships aren’t relationships if they are one sided. When you look for the win/win, both people are happy. So let the other person be heard. Ask how they saw the situation. Ask how they felt. Give comfort if they were hurt too. Let yourself receive it. If you make the goal about winning, you may win the argument, but lose the connection. It’s more effective to make it about resolving the problem and restoring the connection (if that is your goal. Sometimes it’s better to sever the connection).

Anger doesn’t have to be scary, avoided, or hard to feel. With practice, it can be what it’s meant to be – an emotion that helps to illuminate issues so you can bring things back into balance.