Are You Being Targeted for Sex Trafficking? 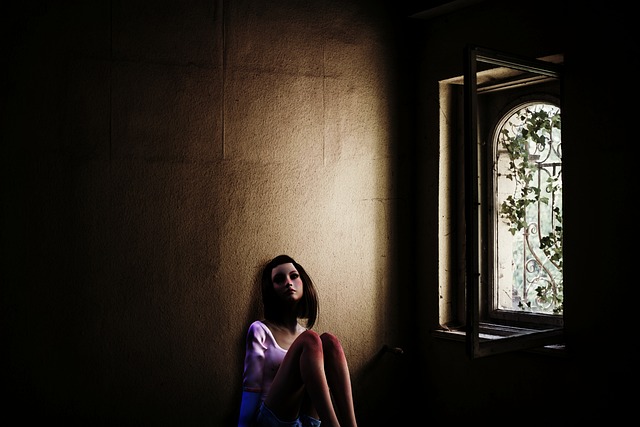 Are You Being Targeted for Sex Trafficking?

Could you be the target of sex trafficking? Many of us think that sex trafficking only happens to the young, but only 51% of them are children. That’s 1.8 million children world wide and 100,000 per year in America.

If you think age protects you, think again. While the most desirable age varies by locale, 30 – 38 year old women are the most likely victims worldwide.

So sex trafficking is real. It impacts everyone, and no one is safe. To keep yourself safer, let’s look at the grooming process so you will know if you are being targeted for sex trafficking.

88% of Sex Trafficking Involves the Internet

This makes it very clear that virtual relationships of any sort should be treated with the utmost caution. Job offers, prospective dates, online gaming “friendships”, social media “friendships,” or buying or selling products are easy ways for traffickers to gain access to vulnerable people.

Traffickers offer “too good to be true” international job offers to unsuspecting people. Once the victim is in a new country, they take their money and passport to prevent them from leaving. They may keep them from escaping by threatening violence or threatening their families.

Human traffickers may also pose as potential partners. They groom their victims by love bombing them. There is often a sob story, like they lost their parents in a fire, or they lost their spouse to cancer. This is to create an image that the trafficker is lonely and in need of support so the victim will feel needed. They appear vulnerable to invite the victim to also be vulnerable so they can learn what to say to manipulate them. If you like psychology, so do they! If you are looking for love, so are they.

After a whirlwind virtual courtship, they propose marriage. When the victim gets to the foreign country, they find out it was all a hoax. They can’t leave, and now they are in bondage.

Most of Sex Traffickers Are Women

It may seem stunning to realize that women are trafficking women, but that’s what the statistics say. Don’t let your guard down because you’re dealing with a woman. There are many players in sex trafficking. The person who lures the victim away is just the beginning of the chain. The “jailer” provides security to keep the victim afraid. There are many customers. Often a landlord knows that their property is being used for criminal purposes. Sometimes the local police are paid to look the other way. And most of these people are women.

Well dressed, attractive, well spoken people can be perceived as being more trustworthy. This doesn’t make it so. Trust your gut.

Most Victims are Not Kidnapped

I think most of us have a mental vision of a car pulling up to a woman or child. Someone jumps out, snatches them, and throws them into the car. Sex traffickers want low risk and high reward, so this isn’t typically what happens. It’s abduction by seduction or deception. The trafficker lures the victim into going with them willingly so there is no struggle and no kidnapping.

Men With Disposable Income Are the Clients

Fifteen to twenty-one per cent of American men had purchased sex at least once. These men were slightly more likely to be married. They are employed in every profession from the highest to the lowest. Most do not know their partners are being sex trafficked as they are found in places where “free” people ply the sex trade, such as escort services, illicit massage, strip bars, and in the pornography business.

Children Are Sexualized With Anime

Child sex predators are often found in chat apps and where kids play video games. They pretend to be children to gain their trust. They play up parental frustration to create distance between the child and their parents. Acting as a “buddy,” they share cartoon pictures of people having sex to “educate” and desensitize them to the acts they will later be forced to perform.

The average age for a female entering into sex trafficking is 15. For males it is 12.

Many People are Abducted While on Vacation

Pay attention to where you vacation. It’s a lot easier to snatch a victim in a country with a high trafficking trade than to lure someone away. The countries with the highest rates of trafficking are: Uganda, Nepal, Ghana, China, Sri Lanka, India, Haiti, Pakistan, Bangladesh, Brazil, and Thailand. It may be safer to travel with a tour company than to go it alone.

In addition, you should be aware that cruises are notorious for disappearing passengers. Check the internet for stories about how the cruise ships are more concerned about putting on a happy front for their customers than searching for missing passengers. Cruise staff are often in league with traffickers and help them to find, hide, and remove victims from the ship. Due to a lack of jurisdiction, it’s surprisingly easy for traffickers to avoid prosecution even if they are caught.

Since only 1% of victims report the crime, statistics vary widely and not a lot is known. One thing we do know is that money is driving the train. If there were no customers, there would be no industry. So, I urge you to look inside. How do you view sex? Consent? Women? Children? Power? Transactional relationships? If there is something inside you that you need to heal, there is no time like today to begin.

We all have a part of play in this problem. So many people have to overlook the child who seems out of place, the man who is controlling a woman, and the gut instinct that is saying “Something isn’t right” in order for this to continue. These people are in plain sight. If you see something, say something. It could save a life.